Science Shows Stretching Calves Will Get It Done with a Little Help…We Agree!

“Calf muscle or gastrocnemius and soleus muscle tightness with or without reduced range of ankle joint dorsiflexion are related to a number of lower limb disorders, including Achilles tendinitis, plantar fasciitis, and tendon injury,” reads a report entitled, “The Effect of Calf Stretching Box on Stretching Calf Muscle Compliance: A Prospective, Randomized Single-Blinded Controlled Trial.”

Knowing the extent of how many foot or ankle issues are related to tight calves, Thailand researchers in a calf muscle study were seeking to answer the question:

The study examined 80 patients older than 45 years old who had calf muscles tightness: 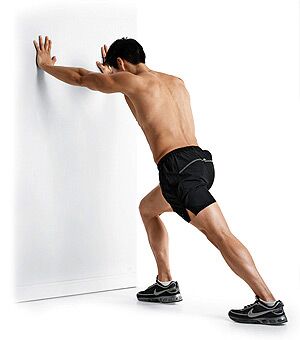 The so-called “traditional” way of calf stretching, which served as the control group, was identified as being when a person leans into the wall or the “foot on step” exercise. The researchers assert that there are cases in which people have issues with both of these traditional methods of calf stretching, saying, “If the patients have the complications during performing the stretching exercise, they may do it with shorter duration and less frequency than prescribed.” Notably, they point out: “That will affect the result of the treatment.” 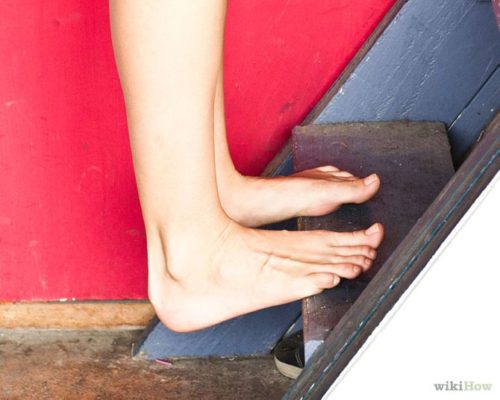 What the Science Says About the Importance of Calf Stretching

The study concludes (not surprisingly to us!) that the group that had the “box” device had an increase in compliance compared with  those who were left to conventional ways of stretching.

Digging deeper, it’s clear that the people in the group using the “box” type device helped them stretch more frequently, and for a longer duration those that without any kind of device (box) to support their stretching efforts.

The group that used a box to stretch had less calf tightness, and less pain complications. 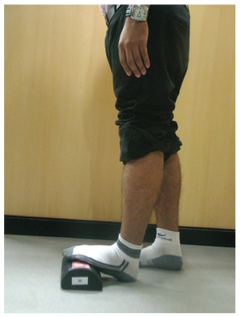 The study concludes this about the more disciplined stretching that resulted: “The study group [using the box to stretch] reported more decrease of calf muscle tightness than in the control group because they had better compliance than the control group.” Read the article about the effect of calf stretching on box vs. traditional methods here.

Dr. James Amis, the One Stretch inventor, isn’t surprised to see the study comes from Thailand. “When I took a trip to Thailand in January this year with family, I learned how people in Thailand see great value in a preventative approach to medicine.”

Dr. Amis says that the One Stretch received positive feedback in Thailand, in part due to that mindset. “In Thailand, generally speaking, people take steps to prevent health problems from happening in the first place,” he says, which is arguably a different outlook than people often take in the US.

Ready to get your quality of life back?

Read about the One Stretch’s breakthrough design that enables variable stretching intensity, safety, ease of use, and the optimal passive stretch—no matter your age or conditioning level.

Step on board, take a preventative approach, and stretch with us! Satisfaction guaranteed.