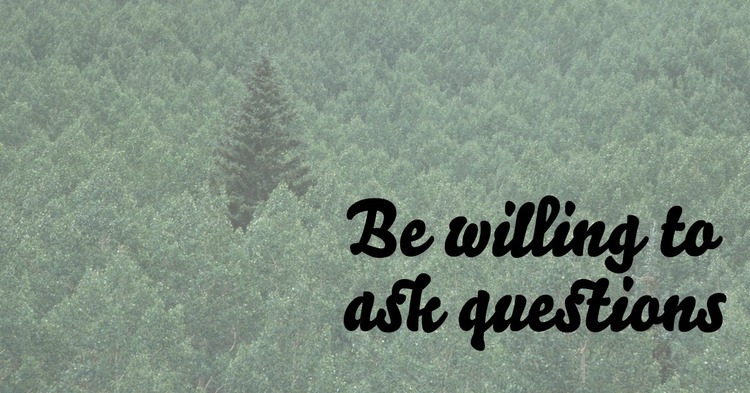 I was talking to another doc the other day, and we started to talk about conventional wisdom.

Conventional wisdom is “commonplace knowledge.” It’s information that people generally accept…and then hold on to.

Economist John Kenneth Galbraith is said to have used the phrase in his book, The Affluent Society, saying: “It will be convenient to have a name for the ideas which are esteemed at any time for their acceptability, and it should be a term that emphasizes this predictability. I shall refer to these ideas henceforth as the conventional wisdom.” 1 Looking back in time, conventional wisdom has guided us in the wrong direction quite a few times. Conventional wisdom has said that the earth is the center of the universe. Or that the earth is flat. Many of history’s examples of when conventional wisdom has led us astray are so well known because of just how dead wrong they really were. It reminds me of a quotation from the Dinosaur Musings blog—from practicing physician Lucy E. Hornstein, MD—who says “a bad idea held by many people for a long time is still a bad idea.”2

Just think of James Dyson, inventor of the dual cyclone bagless vacuum cleaner. He also went against conventional wisdom when he later used a workforce of fresh graduates—versus experienced manufacturing talent. He also chose to continually emphasize design, and he believed that design was more than just how something looks. For us today, it appears he was ahead of his time. What is true is that he is someone who operates in a way that questions the status quo and questioned “the way things have always been.” When it comes to health and our pursuit of longevity, we also tend to ignore evidence that goes against so-called conventional wisdom. Or, we only validate or recognize information that confirm what we think to be truths. What makes this misinformation especially dangerous is that when it is blindly accepted, real harm can be done.

One of the major problems with conventional wisdom is that we stop questioning something, and we treat it like fact. In many cases, we latch on to idea or a belief far longer than we should… I have to add that patients do depend on doctors and clinicians to guide them, and there is nothing wrong with this notion. I’m not pointing the blame at patients (or at doctors) for some of the pervasive myths we have in terms of health, and in terms of how we treat foot and ankle disorders that can be prevented. Instead, I urge everyone not to just look for the quick fix, or look for what is convenient. Let’s start to question some of these deeply held pieces of “conventional wisdom.” I will not stop until the truth is known and conventional wisdom turns to wisdom: People need to know that calves are THE source of the majority of foot and ankle problems outside of trauma to the foot. I am not joking around when I say calf stretching is “powerful medicine, definitive treatment.” In the end, just like Dyson, we can examine deeply ingrained beliefs or norms we’ve come to accept, and in time, we will come to realize how some of these accepted beliefs are simply holding us back.

How is your foot or ankle treatment going using so-called conventional wisdom?