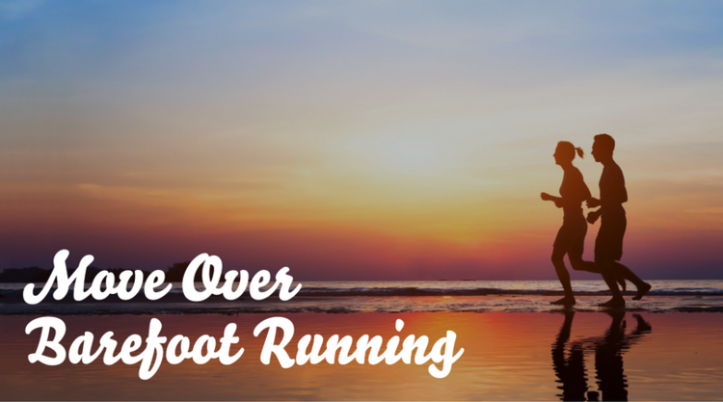 What is the real reason runners get injured?

Generally speaking, impaired runners are a group most likely to gravitate towards conventional wisdom when it comes to their treatment. The variety of training methods, products used, and treatments for these “injuries” is as mind boggling as it is telling. And these runners commitment to their beliefs is, well…unconditional, no matter what the evidence is. I can respect that only because I know they are just searching for relief from their pain. They want to get back to running quick and without issue. So, anything and it seems everything, goes in their quest for relief except the right thing in most instances.

One of the more popular yet goofy myths in this quest for help is barefoot running.

First, let’s get our terms correct for all you barefoot enthusiasts. “Barefoot running” is not “running barefoot.” Yeah, you heard me right. Running barefoot is just that, running without shoes, nothing more, nothing less. Why, why, why?

Barefoot running, on the other hand, is an extremely contrived running method or style pretty much based on the published work and recommendations of Dr. Lieberman. I am not going to debate the way we run, except to say our God-given running style works just fine unless you are Kenya’s Eliud Kipchoge and you are trying to improve your time by 33 seconds over 26.2 miles. For the rest of us, you are either a runner or you are not. Just because you can run does not mean you are a runner. The truth hurts.

In summary, Dr. Lieberman’s work correctly claims that runners have traditionally run barefoot for millions of years until the seventies when the modern running shoe game into being. Those same barefoot runners today tend to forefoot strike while shod runners tend to heel strike because of the slight heel elevation and cushioning.

I would agree that when running most of us heel strike which causes an impact through the heel and foot, up the leg…well you get it. Shocking! This is especially true the slower the pace.

While I believe Dr. Lieberman’s work is mostly correct, the assumptions made related to “running” injuries are flawed.

His work asserts that runners who have repetitive rearfoot or heel strike have higher rates of stress injury than those who run with a forefoot strike most of the time. He did not examine a causal relationship between rear foot strike and foot and ankle pathology, he just made a comment as to this association. I say true-true-unrelated.

But here is the real question. How much difference does this impact at heel strike—as described by Dr. Lieberman—relate to “injury” in the foot or ankle, such as plantar fasciitis? Lieberman seems to think it might be significant, but the evidence says otherwise. It shows that the majority of foot and ankle ailments, including plantar fasciitis, are the result of a calf that is too tight—and not its intended length.

So, how much importance should we place on avoiding it by changing our running gait as proffered by the Professor?

Of course, who would possibly challenge or disagree with a Harvard professor? Okay . . . I will.

The damaging forces don’t come at heel strike in gait, they come at the end of footflat or terminal midstance (R2) in gait. In my recently published paper, The Split Second Effect: The Mechanism of How Equinus Can Damage the Human Foot and Ankle, I explain why and how the singular and real cause of these problems is a contracture of the gastrocnemius muscle.

Despite how this is camouflaged in a large list of collateral, minimally contributory risk factors, the split second effect—introduced in this paper—is a theory explaining how an equinus contracture mechanically and most often silently damages the human lower leg, ankle, and foot.

In short, the split second effect describes a critical 120 ms span of time, just before the heel lifts off the ground, where damaging forces are produced.

These uniquely human forces are created and magnified by the equinus contracture. The indirect leveraged forces are exponentially magnified, creating abnormal, pathologic bending or vector stress to one’s foot and ankle, thus resulting in stress and strain to the joints, the forefoot, the supporting ligaments and tendons in a variety of ways, ultimately creating an array of non-traumatic acquired foot and ankle pathology. The paper discusses why this is a significant issue, first and foremost, and—just as important—how people can avoid (or manage) the significant damage that can occur from calves that are too tight.

In time here is what we will find: when it comes to running-related foot and ankle problems, AKA injuries, heel strike impact has little if anything to do in the mechanism causing these injuries. By the way, these exact same problems occur on a much larger scale in non-runners. (where is the impact there?) It’s not shoes, not impact, not running, and there is no mystery.

For some reason we, especially runners, search for treatment in all the areas that make little difference if any and we do not reach out to treat the underlying cause: equinus. Have you ever thought why these problems are so hard to resolve, return often, despite “doing everything.”

You are doing everything except the one thing you should be doing.

Go ahead and buy those new running shoes, change your running gait, use the kinesiotape: the list is endless. Or just try stretching your calves. Don’t buy the One Stretch. Just stretch off a step, but do it everyday. You will be surprised.