Is Surgery Really the Answer? It Appears My Colleagues Think So 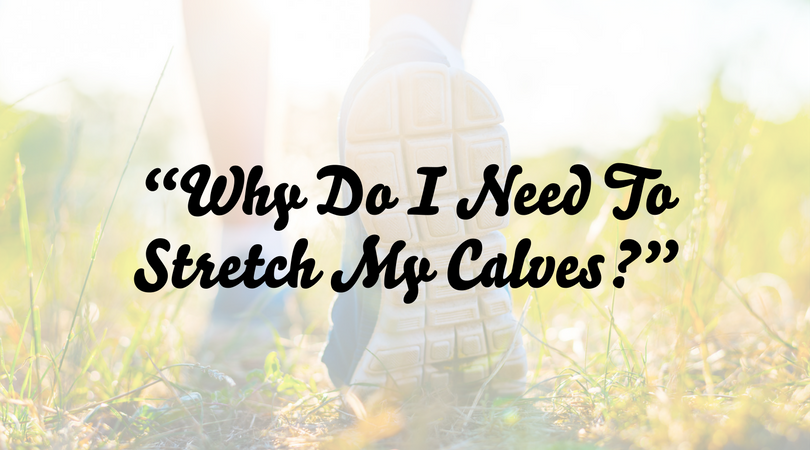 “Why do I need to stretch my calves?”

I’ve been answering this question from my patients for nearly 30 years, if you can believe it. I’ve long said the following:

And now I’m here to say that my colleagues are increasingly embracing the above points, albeit very slowly.

After years of going against the grain, so to speak, finally many colleagues are not only agreeing—but they are fully embracing—how equinus or isolated gastrocnemius contracture is the real problem for so many of our patients.

I’m seeing that, finally, more colleagues are showing appreciation for the following:

30 Years in the Making: A New Paradigm for the Human Foot and Ankle

So am I content now that many of my colleagues have finally agreed to this overwhelming evidence?

Not quite. They are only halfway there!

Most of these colleagues, while agreeing that the tight calf causes problems remotely in a person’s foot and ankle, all too often arrive at a different treatment to solve the issue of the tight calf.

As many of our regular readers would know, the treatment of the gastrocnemius contracture that I’ve recommended, and have helped tens of thousands of patients with, is a protocol of regular calf stretching. (Whether or not you use a One Stretch, you can find more on that protocol here.)

When performed following the right method and when done consistently, these stretching regimens do in fact bring the calf back to its “intended” or “regular” length.

But my colleagues are either willingly ignoring this treatment protocol, or they—for a variety of reasons—are too narrowly focused on the solution they believe is best for patients: surgical lengthening.

So why are they looking to this as their go-to solution?

Scientists don’t like to admit confirmation bias, but let’s face it, they tend to use it when it suits their needs. Conformation bias BTW is the tendency to search for, interpret, favor, and recall information in a way that confirms one’s preexisting beliefs or hypotheses. Face it, we all do it to some degree, but scientists/doctors like to feel like they are immune to it.

Direct evidence (scientific articles) that support that calf stretching does not work exist, but it is sparse and weak and based on poor protocols. However, most of the evidence my colleagues might quote is actually the one-off reference that “non-operative measures failed” found in an article introduction and/or the discussion.

“Non-operative measures failed.” What exactly does that mean? Sadly this is basically the breadth of their quoted evidence and they claim failure based on these contrived, self serving statements.

What is being supported in those very articles is the green light to skip calf stretching and go straight to the knife. Finally, calf stretching has never been shown NOT to work. (In fact, the opposite has been shown—it does work.) 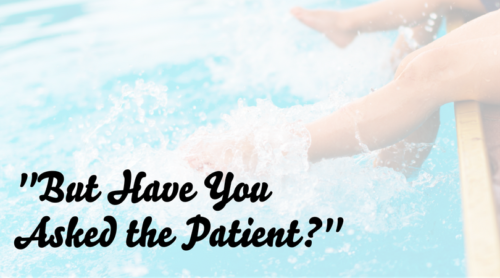 But Have You Asked the Patient?

Imagine this: if a surgeon were to sit a patient down, and ask them whether they’d prefer a calf stretching protocol or surgery, it’s safe to say that they would rightfully choose calf stretching. Remember that the patient’s answer would certainly depend on the way the options are presented, and if surgery is on the doctor’s mind, and it is, well, you know where this leads.

More fundamentally speaking, why are we stopping the “search” for non-operative solutions and pressing forward with new methods to surgically lengthen the Achilles or calf? And that is exactly where things are headed!

I know what some of my colleagues may say: that patients say they’ve tried stretching or some form of physical therapy combined with stretching. These colleagues will argue such patients“failed non-operative treatment”. Then the next step is obvious, right?

But have they really tried? Did they have a support system in place? Just as important, have they tried it long enough? Did they know how often they needed to stretch? What was their stretching protocol?

“I tried losing 20 pounds, sticking to my diet for one whole week, and it did not work! That diet obviously is not a good one. I think I will just go for bariatric surgery since dieting does not work for me.” Such a mindset is ridiculous, but would be analogous to what I’m describing here: that surgery is the only answer. You don’t need a cop-out; there is a better way.

Ultimately, did they give the effort needed to make a difference? If not, that’s your reason why calf stretching appears to be failing. And this is most often the case why “stretching fails”!

I’ve personally heard this exact story many times from my patients—and I’ve learned a better way to encourage and prompt people to stretch, and to stick with stretching. It works in my hands because the way I present the options is indeed biased to stretching because I know it works if one just will put the work in.

For those that do follow this stretching protocol, the symptoms resolve. No surgery needed.