Don’t Be a Part of the Herd Mentality

There are 25 of us foot and ankle orthopaedic surgeons who meet every year where we rapidly exchange thoughts and ideas, argue some, present talks and greatly enjoy each other’s company.

I like to call it a “think tank” because it sounds way important and cool.

I will admit this is a “who’s who” of the foot and ankle world and somehow they must have had a weak moment and let me in (as a founding member 29 years ago). OK, when I am done with this post you might want to forget about the “think” part.

I just heard an alarming story at this year’s meeting. Just hold on and I will get to that in a bit.

I have been singularly promoting the concept of the damage caused by equinus and the benefits of calf stretching for at least 25 of the 29 years of this distinguished group’s existence, mostly to deaf ears.

Maybe I am just flat wrong, as they obviously think, but I don’t think so. Here is the weird thing, while just a few of my orthopedic foot and ankle peers are waking up, many more of my podiatrist colleagues get it.

Now That You Know That…

Back to the story. So, at our most recent meeting I notice that (actually my wife sees) one of my colleagues wearing bilateral Richie braces, which I know is for posterior tibialis tendon dysfunction or acquired flatfoot deformity, hobbling along in front of us.

Indeed, when questioned, this was the case. Here’s the disturbing (at least to me) conversation I had with my buddy.

Interestingly, he is a great thinker and is non-operative to a fault and I would have thought above everyone of the non-believers in this group he would be the one who would have gotten it. However, he obviously chose to be part of the herd.

Me, “Jack (name changed to protect the innocent), do you have posterior tib ruptures?”

Jack, “Yeah, that happened a couple of years ago.”

Me, “Did you ever stretch your calves (he knows to expect that from me)?”

Jack, “WHY?” Big pause while I vomit in my mouth.

Me, “Okay? Did you have a history of plantar fasciitis before this started?”

Me, “Maybe the two are connected. Anything else?”

Jack, who is clearly not getting this conversation, “Oh, yeah. Insertional Achilles tendinosis, metatarsalgia and midfoot pain at various times before.”

Me, “Have you thought of stretching now?”

I have to admit that his last comment left a glimmer of hope in my belly in that there was at least some consideration that he knew it might have done something in the past. And I am going to go on the record and say it would have helped and he would not be wearing those braces and facing in the future an almost certain surgical procedure, or two.

Me, “I am mailing you a One Stretch. Please humor me and use it.” At least he did not ask why, however I am quite certain he won’t stretch because the herd mentality is too strong, overriding all common sense and thus, any ability to think outside the box.

Don’t Be a Part of the Herd Mentality 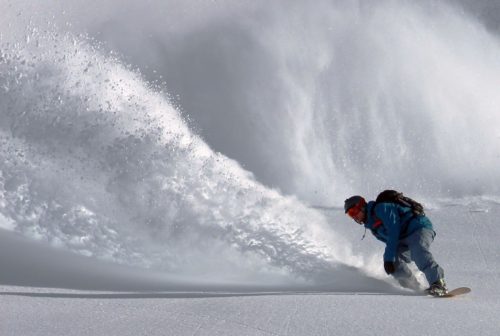 Don’t be a part of the herd mentality. Stray from the herd and think for yourself.

Mark Twain once said, “Whenever you find yourself on the side of the majority, it is time to pause and reflect.”

Hopefully one day calf stretching will be the herd, because it needs to be.