From an Orthopaedic Surgeon: How a CrossFit Athlete Can Reduce the Likelihood of An Achilles Rupture 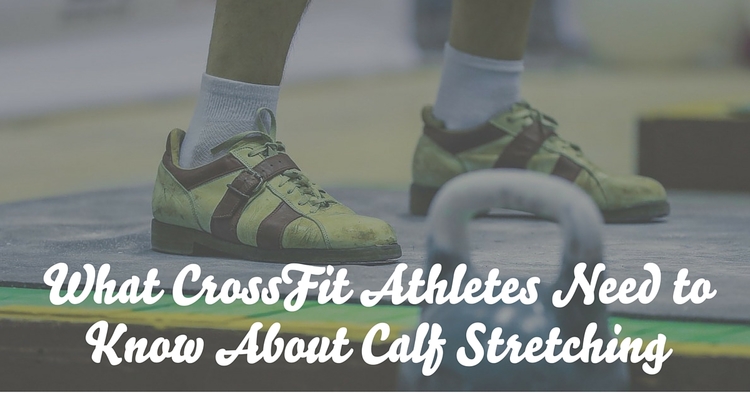 With much historic success at the CrossFit games, and known to have the work ethic, grit and heart of any true CrossFit competitor, as many are aware, Julie Foucher sustained an injury to her Achilles tendon at last last year’s Regional competition. The injury led to an immediate outpour of opinion, combined with much critique of her programming leading up to Regionals. (And, it of course led to the unsurprising comments from those looking to blame CrossFit as a whole for any injury.)

Now that much of the commentary has died down, as a practicing orthopaedic surgeon with more than 30 years of experience in the foot and ankle specialty, I wanted to speak out about a major issue that has not yet been brought up.

The idea that “it’s not about the box jumps,” is one that I can agree with, but the larger lesson here is actually a simple message, one that starts with our calves: whether we call ourselves a gymnast, CrossFit athlete, tennis player, triathlete, or swimmer—no matter what “kind” of athlete we are,when it comes to many of our foot and ankle problems, the source of our discomfort and pain is actually the calf.

First, we must step back and look at the biomechanics of an active person regardless of their level of fitness.

I always tell my patients: merely being human places us at risk for developing acquired foot and ankle problems! 1,2

This damage—for the majority of foot and ankle problems I see—has a common denominator: a tight calf, AKA, the isolated gastrocnemius contracture.3 Another way of phrasing this would be a calf that is shorter than its ideal or “normal” muscle length.

It seems too simple for some to believe, especially when the calf becomes silently tight, over time, in otherwise healthy people.

But tight calves do both incremental and severe damage to the human foot and ankle.1,2

Our tight calves do not just lead to pain or lack of mobility. Plantar fasciitis, nontraumatic midfoot osteoarthritis, insertional Achilles tendinosis, posterior tibialis tendon dysfunction, and Achilles tendinitis, to name a few, can be prevented or eliminated when people diligently and consistently stretch their calves EVERYDAY—done separately from exercise, especially the ballistic movements many CrossFit athletes do.

The Science: Just How is a Tight Calf the Precursor to So Many Feet and Ankle Problems?

In short, it comes down to the split second effect. The split second effect can be summarized as damaging forces that occur as a result of the isolated gastrocnemius contracture (the calf contracture) that creates tremendous, leveraged force that is transmitted to the foot and ankle, as the tibia and body pass over the planted, or stance, foot. Instead of a gradual force transfer, there is an abrupt end point in forward progression of the necessary ankle dorsiflexion.

This effect being described occurs during the late part of midstance, or the ankle rocker phase, just before the heel lifts off the ground.

If the calf becomes contracted (too tight), this indirect leveraged force is exponentially magnified, creating abnormal, pathologic bending or vector stress to the foot and ankle.

The result? Stress and strain to the joints and supporting ligaments and tendons, and dorsal compressive and plantar tension forces are magnified, as could have been the case with Foucher. (Want to read more about your tight calves and heel pain? Read more about the biomechanics.)

It is also at this point in the gait cycle that individuals who have symptomatic plantar fasciitis demonstrate a characteristic, shortened type of antalgic gait as they begin to walk with a characteristic limp. This is the gait of effective pain avoidance until the rest induced by the shortened gastrocnemius can lengthen just enough to allow the forces foot or ankle to reduce, followed by improvement of the gait.

While not clearly shown by medical evidence, it is a reasonable assumption to say that with daily calf stretching, Foucher would have avoided her injury. I am talking about daily, dedicated calf stretching—again, separate from exercise or training sessions—would have allowed her calf muscle to eventually return to its “normal” length.

It should noted that static stretching within an hour of exercise or within competition, reduces ballistic strength as much as 4 to 8 percent.4 Of course this loss of strength would not be optimal prior to CrossFit training or a competition. (Read this for more on “warm-up stretching.”)

Although there are contradictory reports, injury rates have also been reported to be unchanged from this practice.3,5 However, everyone of these studies examines short duration static stretching done just prior to the athletic effort and not remote daily stretching that elongates the muscle tendon unit over time and thus could possibly present a different prevention scenario.

Thus, I tell my patients that static calf stretching should be done every day away from training sessions or competitions to minimize these negative effects.

There is much urban myth around why people have plantar fasciitis, heel pain, or a myriad of Achilles-related issues. There is a simple, singular, silent, and remote cause of the many foot and ankle problems: these are mechanically created, leading to incremental damage to the foot and ankle through leveraged forces.

The biomechanic root of the problem is a calf that has become too tight. Stretching key muscle groups, particularly the gastrocnemius, every day and apart from exercise will restore the calf to its “normal” length. In other words, stretching diligently over time we can restore the “normal” length of our muscle, back to where it is optimally suited for performance—whether we qualify for Regionals, or we’re just cheering on our favorite athlete on TV.