When you’re a hammer, everything looks like a nail 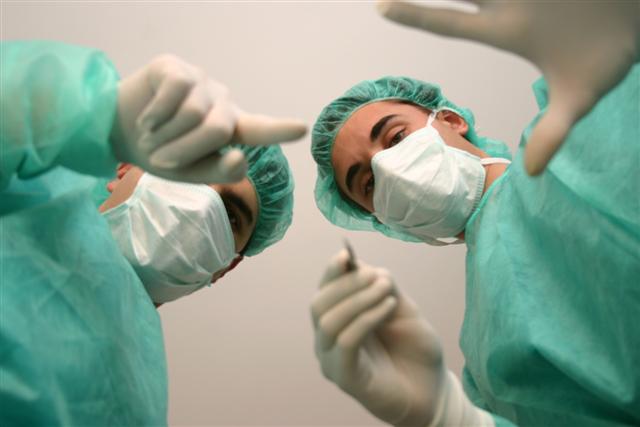 Surgeons do what they do….surgery!

Did you ever hear the one about the scorpion and the frog?

A scorpion and a frog meet on the bank of a stream and the scorpion asks the frog to carry him across on its back. The frog asks, “How do I know you won’t sting me?” The scorpion says, “Because if I do, I will die too.”

The frog is satisfied, and they set out, but in midstream, the scorpion stings the frog. The frog feels the onset of paralysis and starts to sink, knowing they both will drown, but has just enough time to gasp “Why?”

Replies the scorpion: “Its my nature…”

I just read the latest published work regarding the isolated gastrocnemius contracture and as so many works indicate over and over, the isolated gastrocnemius contracture (calf contracture) and the damage it produces in the foot and ankle is the real deal.1-27  I have known this my entire career, and I have always been the biggest proponent of everyday calf stretching. And now I see my colleagues finally catching on, but only on a limited basis at this point. My problem, knowing how effective, yet how ignored calf stretching is, is how we are shaping up to treat this problem as we discover it.

“…the isolated gastrocnemius contracture (calf contracture) and the damage it produces in the foot and ankle is the real deal.”1-27

In their article “Isolated Gastrocnemius Recession for Achilles Tendinopathy: Strength and Functional Outcomes”Nawoczenski, et al., showed the clinical efficacy treating chronic Achilles tendinitis by just making the gastrocnemius longer, surgically as the trend goes. More importantly they start to answer a much needed question: what happens to muscle strength and function following the ever more popular calf lengthening procedure (Strayer or gastrocnemius recession)?  The evidence in a nutshell is there is on average some residual calf weakness, noted especially in the upper level of function such as sports participation. Then again we docs pretty much knew that, it is just good to see it in print.

“…why aren’t we looking at better non-operative treatments instead of going straight to surgery?”

Here is the real question: why aren’t we looking at better non-operative treatments instead of going pretty much straight to surgery?  The quick answer is because we are surgeons, and we do surgery (it’s a scorpion thing). Unfortunately this seems to be the default trend that we surgeons are currently taking in the care of the foot and ankle when it comes to the isolated gastrocnemius contracture. To reiterate an important point, at the exact same time we orthopedic surgeons are also discovering that the isolated gastrocnemius contracture is the cause of the majority of acquired non-traumatic foot and ankle pathology.

Rock solid and compelling evidence already exists that non-operative efforts to “lengthen” the gastrocnemius, AKA focused daily calf stretching, works!2,3,10,15,19,24,26,27 Yet we continue to say that “non-operative” treatment fails and we move to surgery too fast in my opinion. To quote this very study which has the typical, recurring non-operative vetting or exclusion:

In my opinion there are only two forms of non-operative treatments: those that make the symptoms better, but don’t treat the actual problem, and the ONE that actually addresses the underlying problem.

In the pain improving pile you have orthotics, general PT, rest or pain avoidance, steroid shots, immobilization, ice, ESWT, PRP injections, NSAIDS, surgery specifically on the foot, and the list goes on. While these might make you feel better, they do not fix the problem – the isolated gastrocnemius contracture. I feel the push back and anger already.